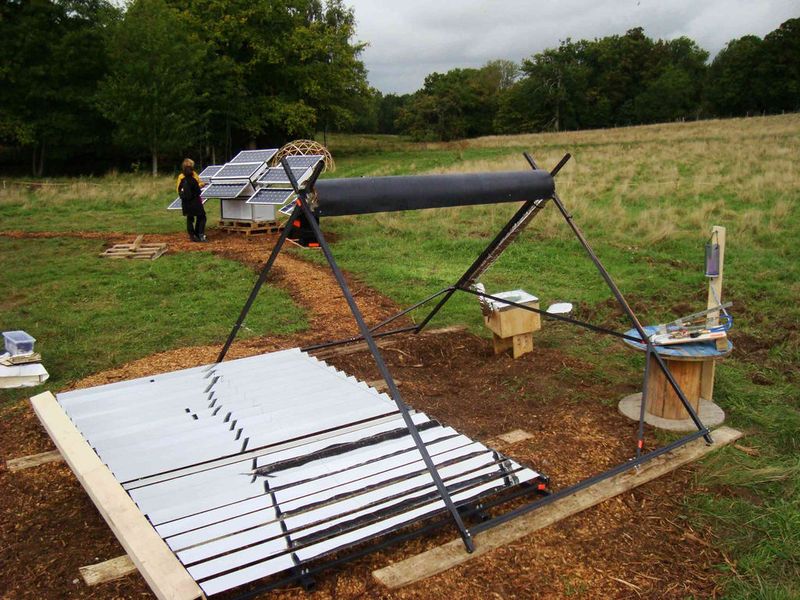 Cut 4 flats with 30 mm large, 40 mm long and 5 mm thick and check the dimensions. Drill and tap the flats at 10 mm from the edges to fix an adjustable leg made of a screw with a diameter of 8 mm. Weld the flats on the edges cut at 45°. By doing this, an adjustable horizontal leg is obtained. 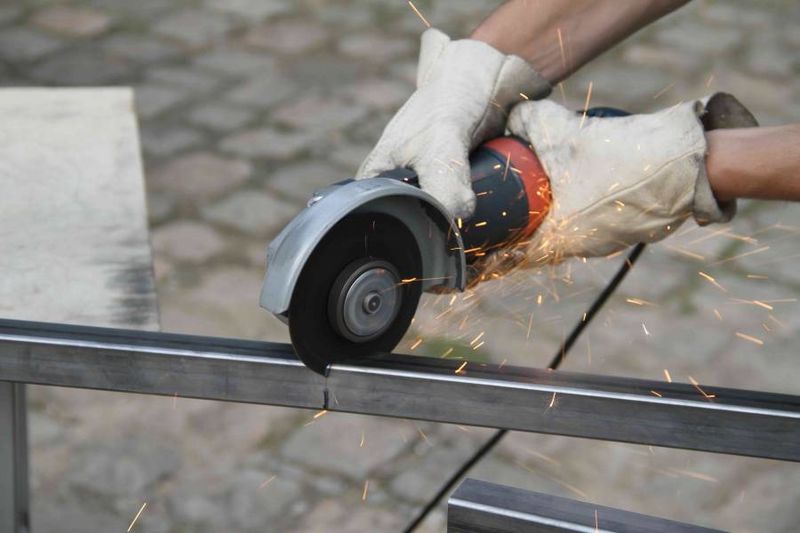 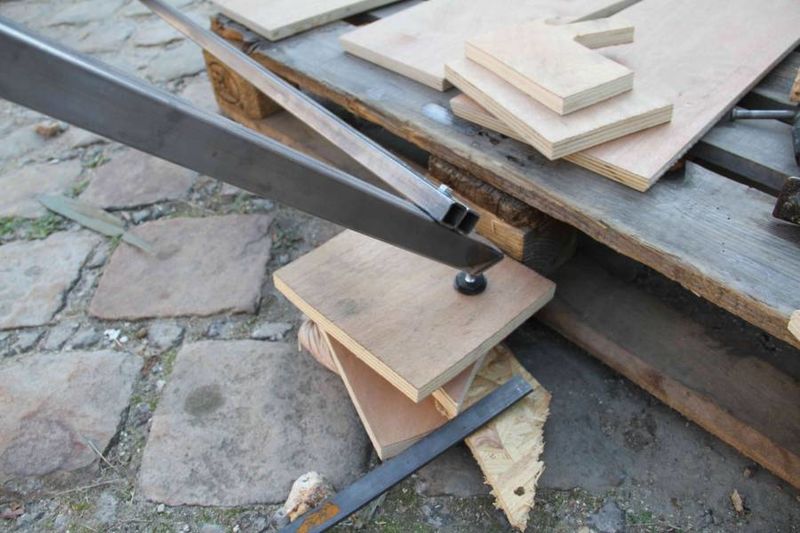 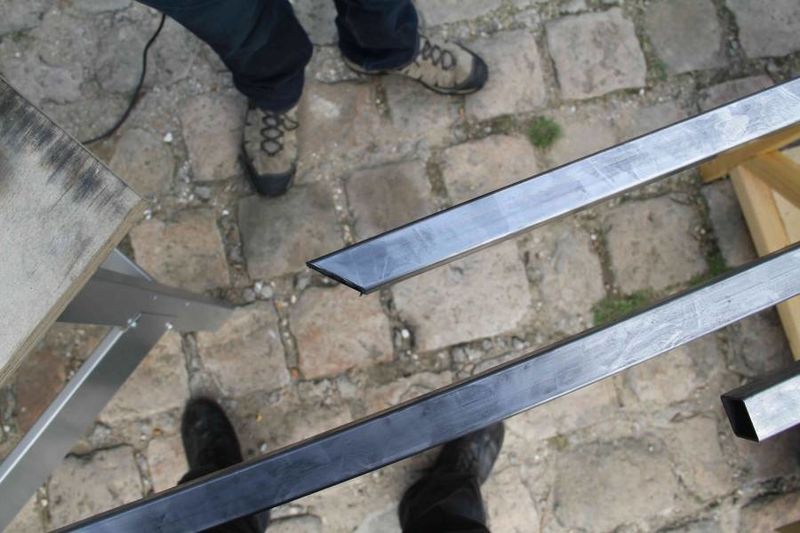 Step 2 - Preparation of the inferior square tubes and the reinforcement, the transversal flat

Cut the transversal flat: a flat of 30x5 mm having a length of 2150 mm. Drill it at the extremities according to the 3D model: the distance between the holes is 2120 mm (at 1500 mm from the hole of the assemblage “tepee”). 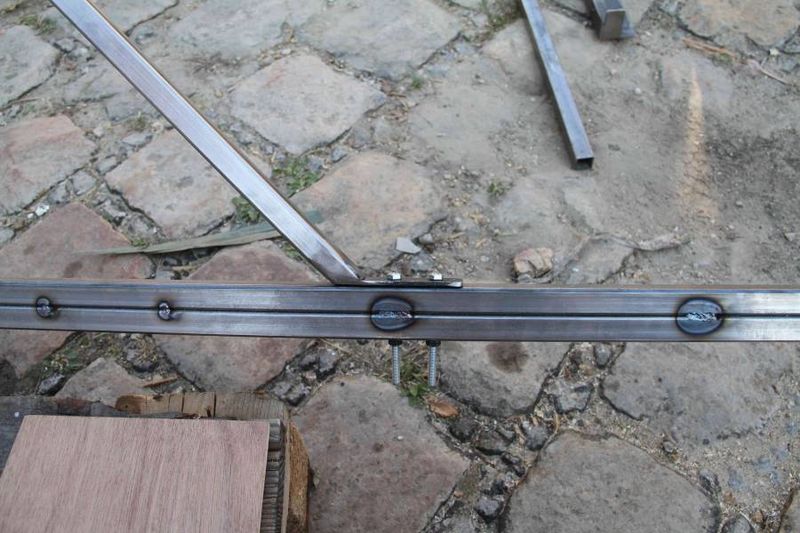 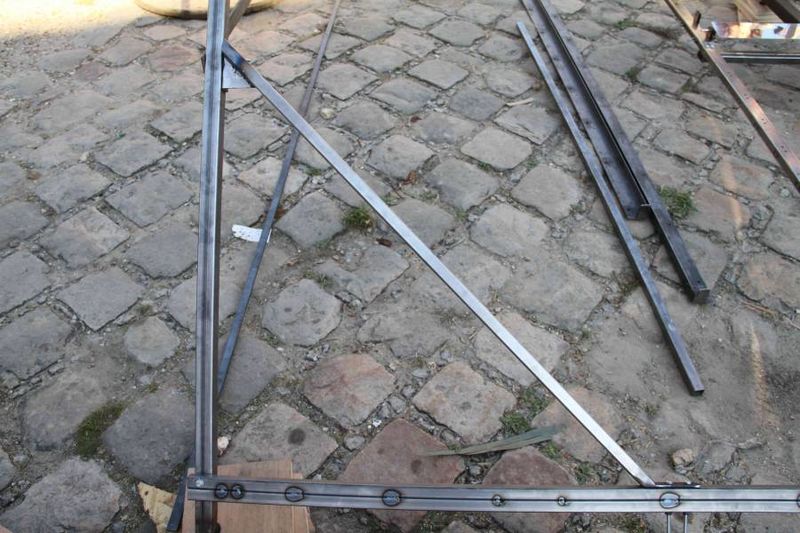 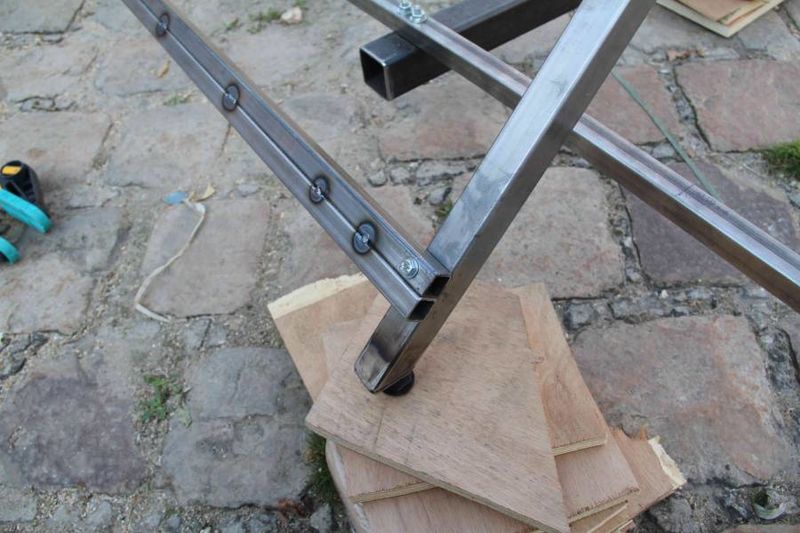 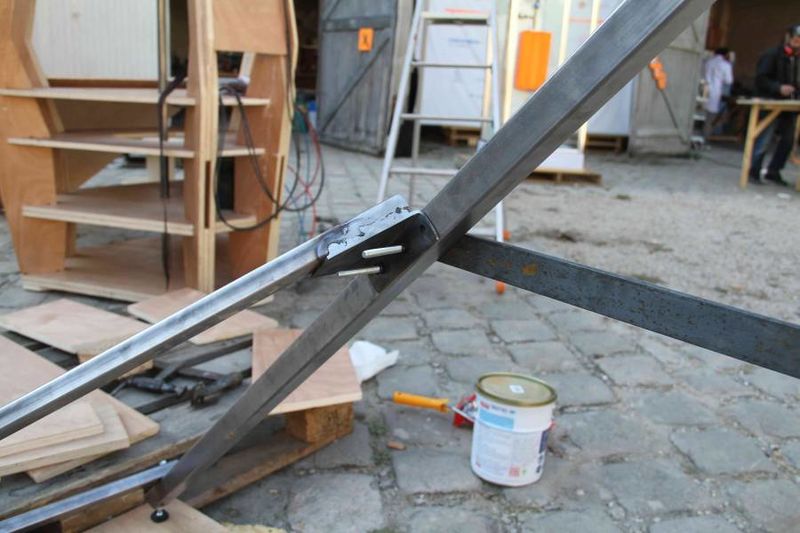 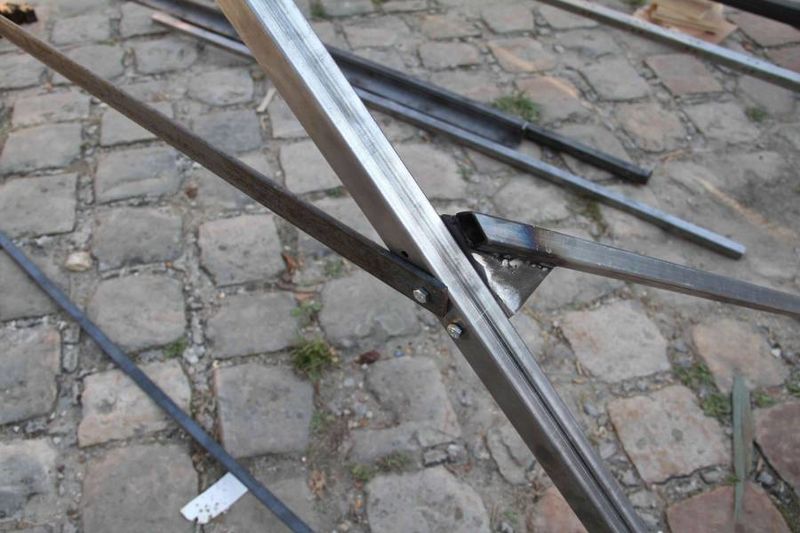 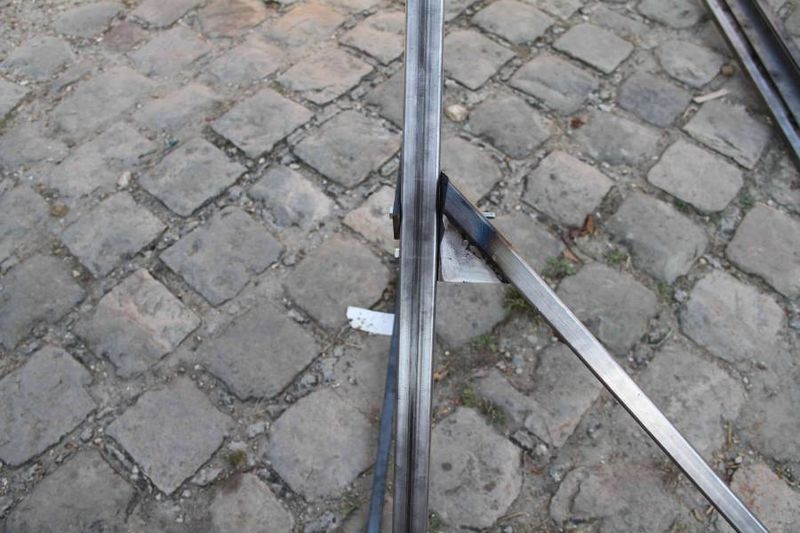 Step 3 - Preparation of the transversal cable 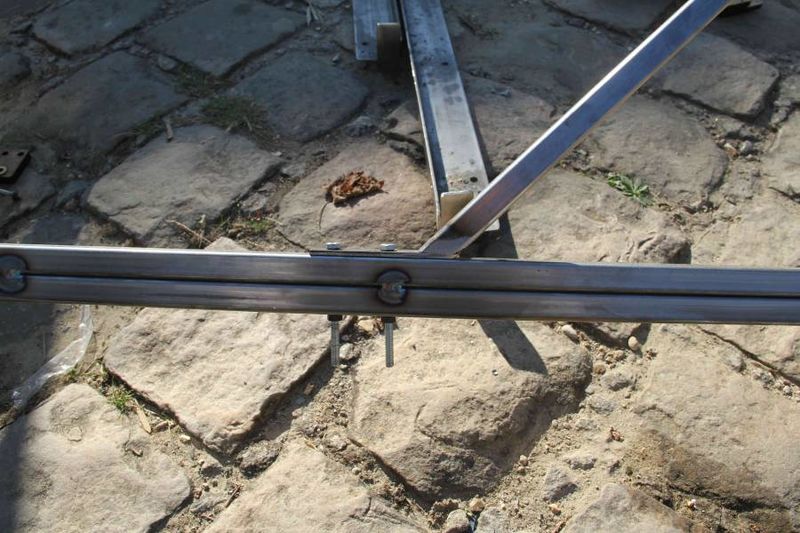 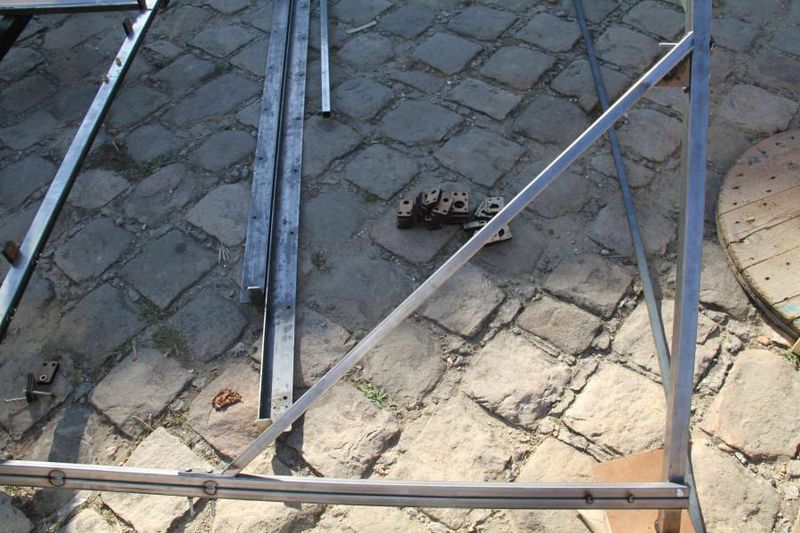 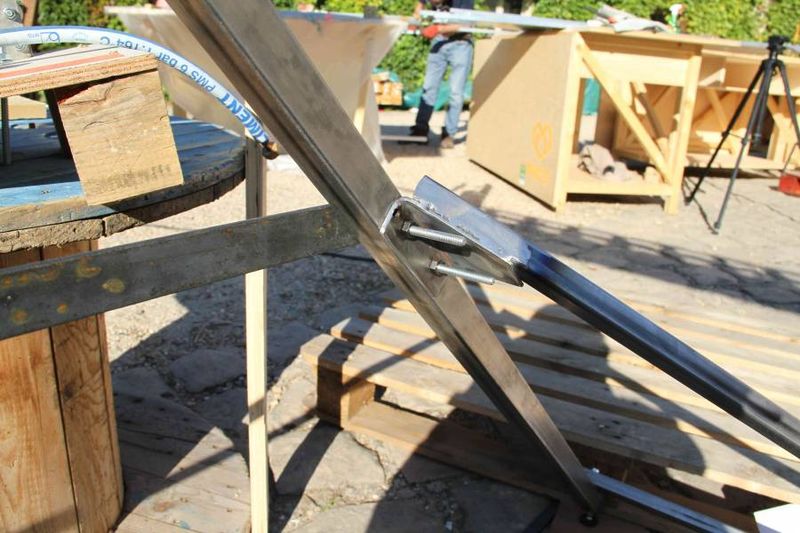 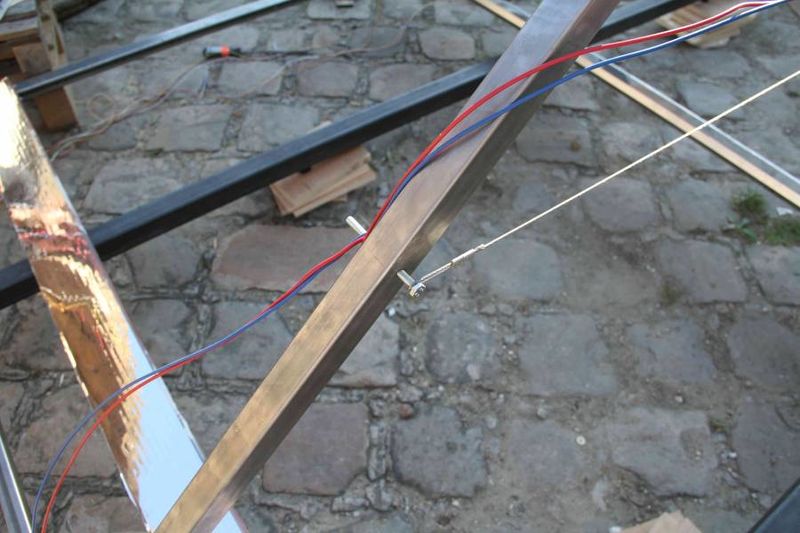 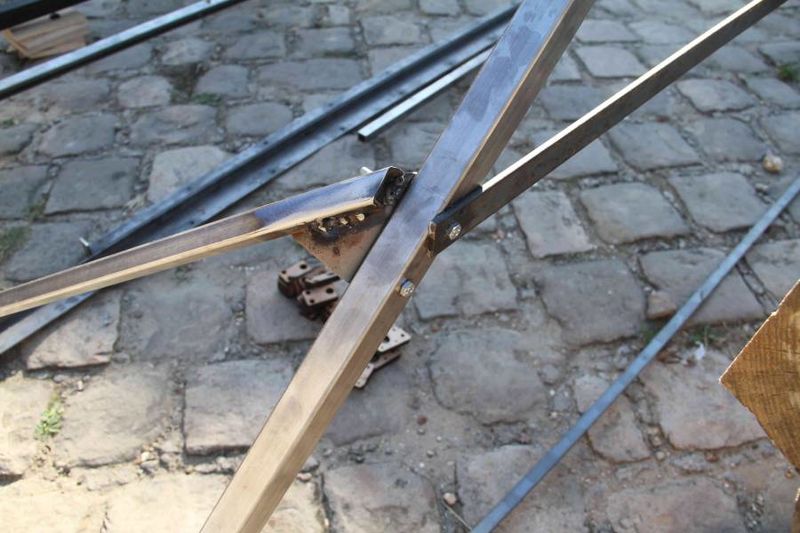 Step 4 - Assembling of the structure

Assemble horizontally with a 10 diameter screw, two by two the square tubes to form the two “tepee” supports. Screw the adjustable legs on their support, located under the “tepee” squared tube.

2 persons lift the structure to form the tepee. A third person attaches the transversal flat with two screw in the north side, where are the reinforcements. Afterwards, he/she fixes the cable in the south side and he/she adjusts its length to 2120 mm. The structure should keep its balance, but it is better if someone holds the tepee from the south side. During this time, the other two persons can bring the receiver and position it on the tepee. This final step allows to keep the structure stable.