Difference between revisions of "MoodBoxByFaBteam" 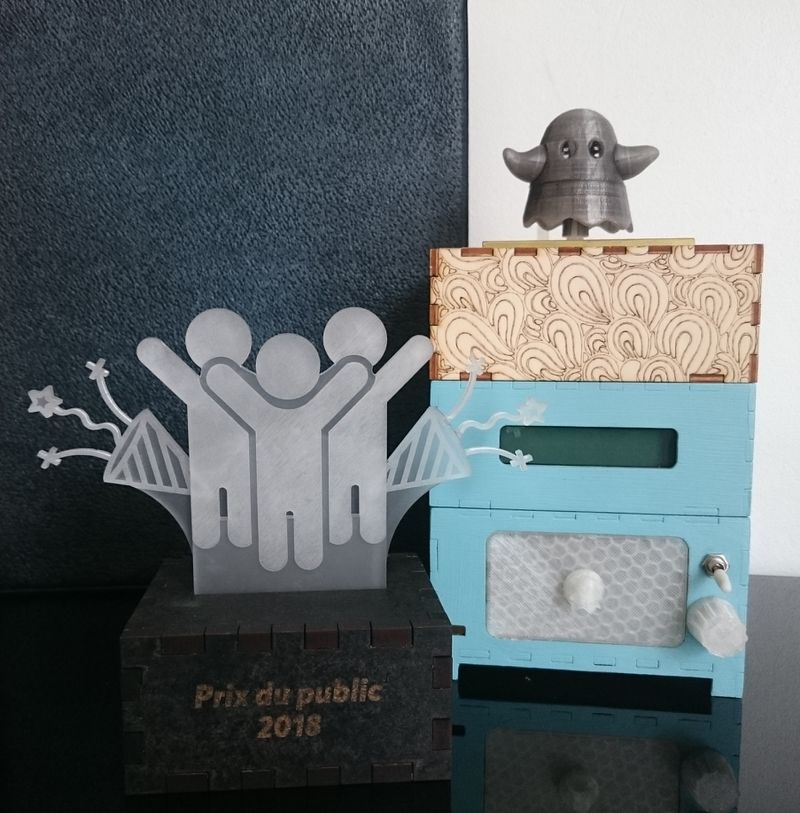 This modular box is a 3-tier set. Once on, it provides basic weather station information (temperature, humidity, atmospheric pressure) but becomes a "Mood box", here a jukebox actually, when properly activated.

This project is a group project (FaB team) carried out during a French hybrid training program called "Fabrication numérique" (CNC machining and fabrication) - class of 2018, July.

This final group project involves some of the know-how acquired during the training program and seals the deal. It is complementary with the "Bentolux" project which should be documented and referenced soon on wikifab.org.

Instructions for the project were:

After some thought our group decided to create a musical tier - we called it "Mood box" - to complement the weather station using the base-tier and the LCD-tier.

Expected behavior is described here below.

When properly plugged in, the box can be started by using the switch on the front.

If no other action is made right away, the box goes in "sleep mode".

In "sleep mode", temperature and humidity are displayed with a custom message on LCD screen.

These custom messages as well as the color set for both the LED-ring and LCD screen depend on current temperature:

Mood box is activated when the user touches the brass bar placed on top of it - this bar is connected to a capacitive sensor set inside the box.

Upon activation, figurine, LED-ring and LCD wake up.

Using the bar has been made simple: the LED-ring shows current tap count as it grows - from 1 to 4 LEDS lit in white

First time, playlist begins with the first title on the list.

The potentiometer button - placed under the on/off switch on the front - is then active and serves as volume control for music.

While music plays, action differs depending on how many times the bar is touched:

During play time, LED-ring lights up in a rainbow sequence and figurine spins on top of its stand.

Note: Each time a play/pause/next/previous action is taken into account, figurine spins in other direction.

After activating the Mood box or when the music is stopped, if the bar remains idle for more than 5 seconds, sleep mode kicks in and deactivation occurs.

Note: When exiting sleep mode and resuming playing music, the player starts from where it was when deactivated. 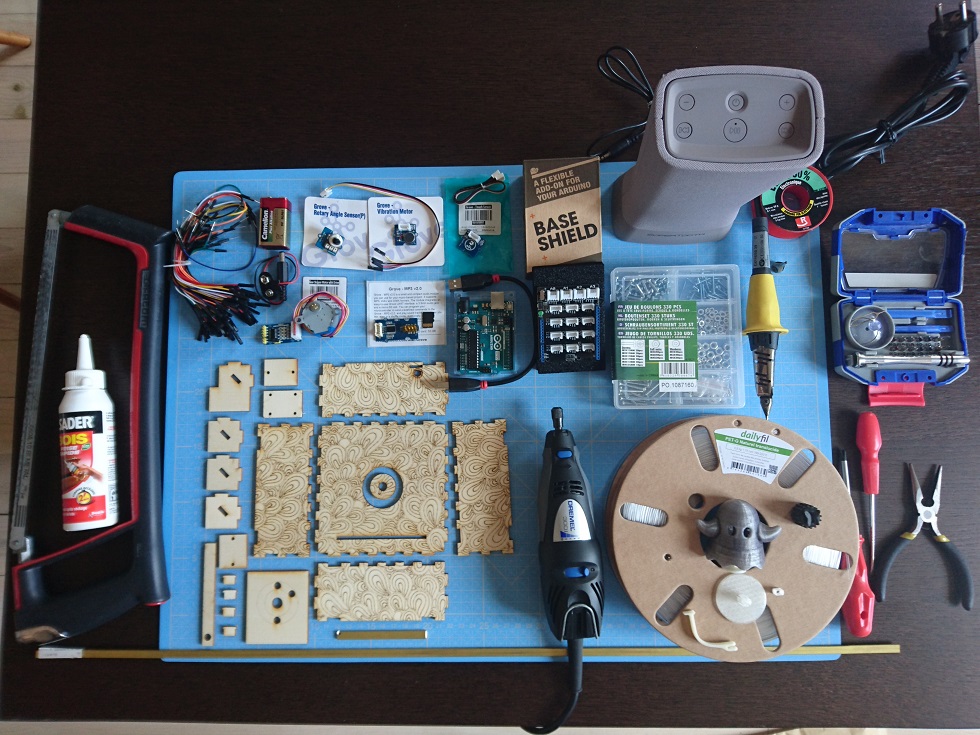 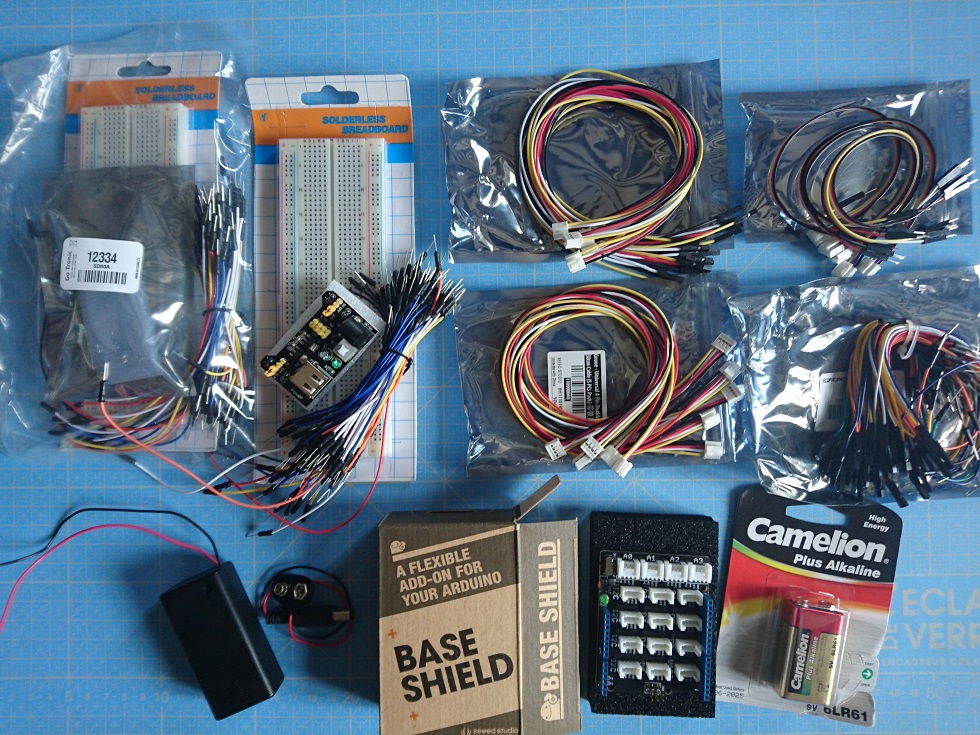 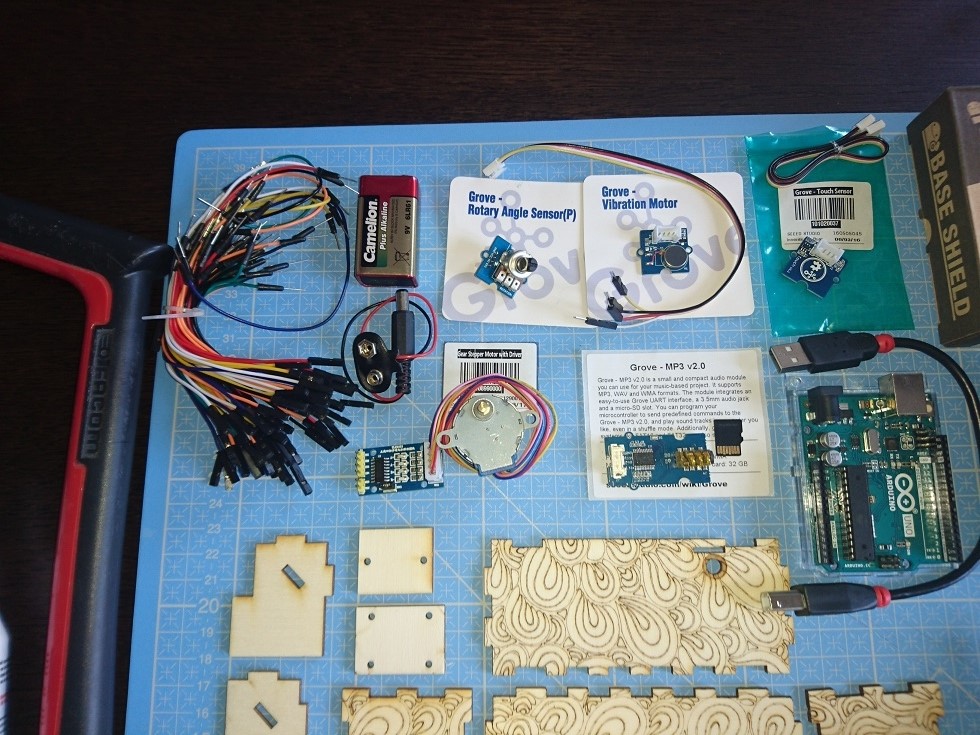 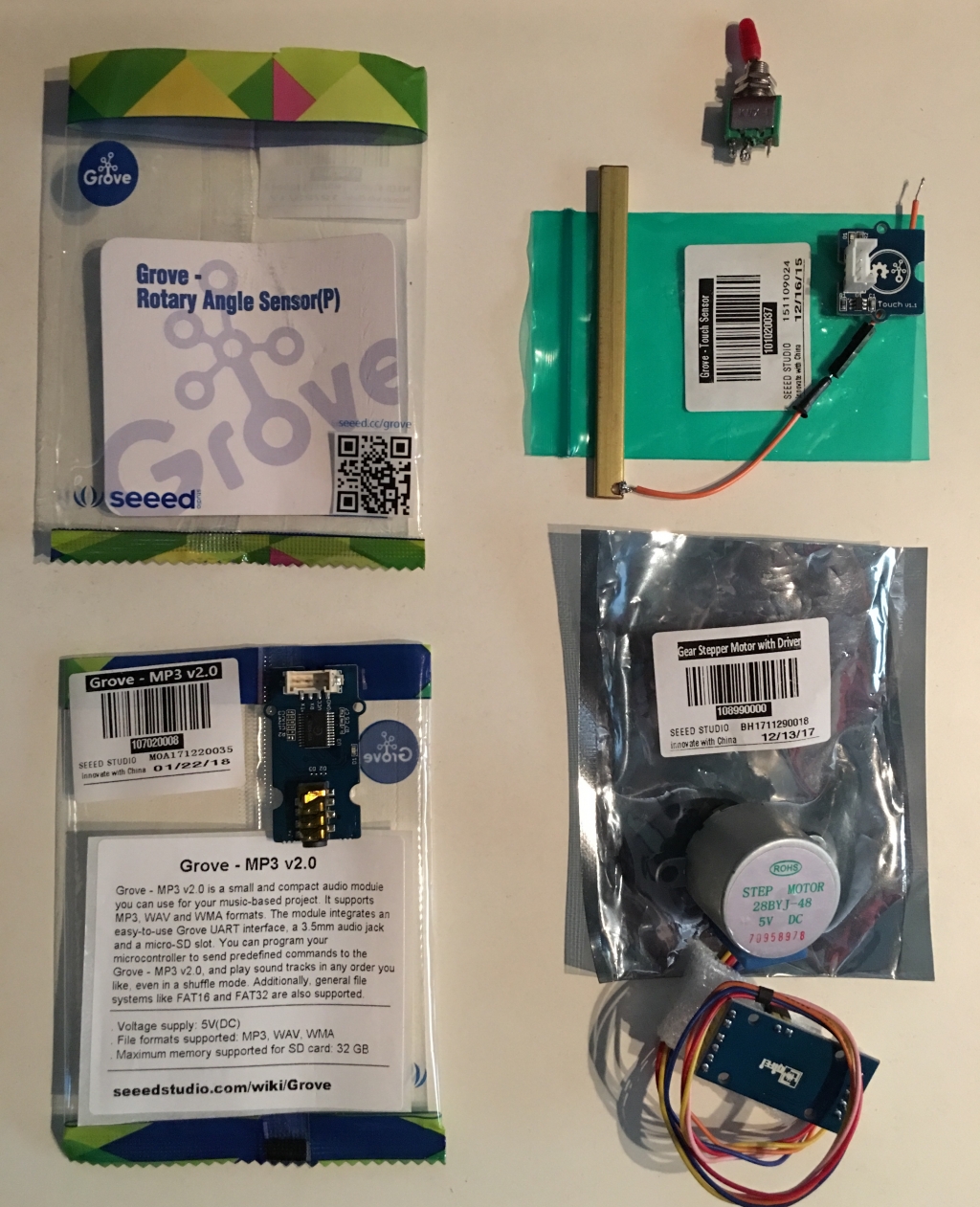 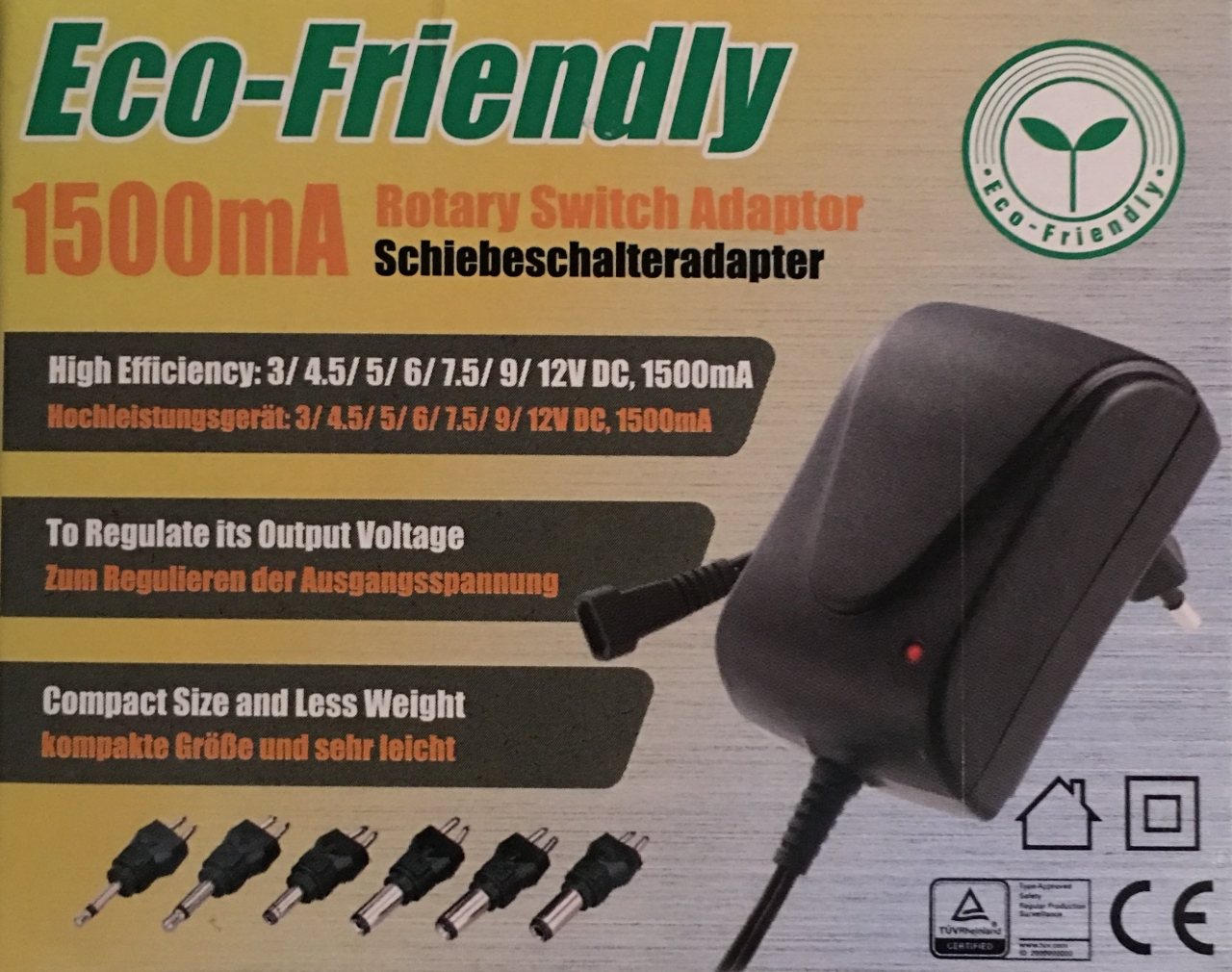 Necessary materials are listed here below by category.

Poplar is pretty cheap and allows precise and fast laser cutting
A 1m-length brass bar can be found in DIY store for about 7€ but is easily replaceable by any conductive material whatever is shape.

Tools used during this project are hereby grouped by use.

Regarding the wood panels to be laser cut, the more plane - hence not warped - they are the better for precision cut. When buying those panels of plywood, don't hesitate to tell the vendor they will be used for laser cutting.
Besides the obvious burning danger for oneself and/or surroundings when handling the soldering iron, some electronic components might be very sensitive to heat and need to be kept away from too much heat exposure. One must use caution and proceed gradually - no more than 2-3 seconds at a time.